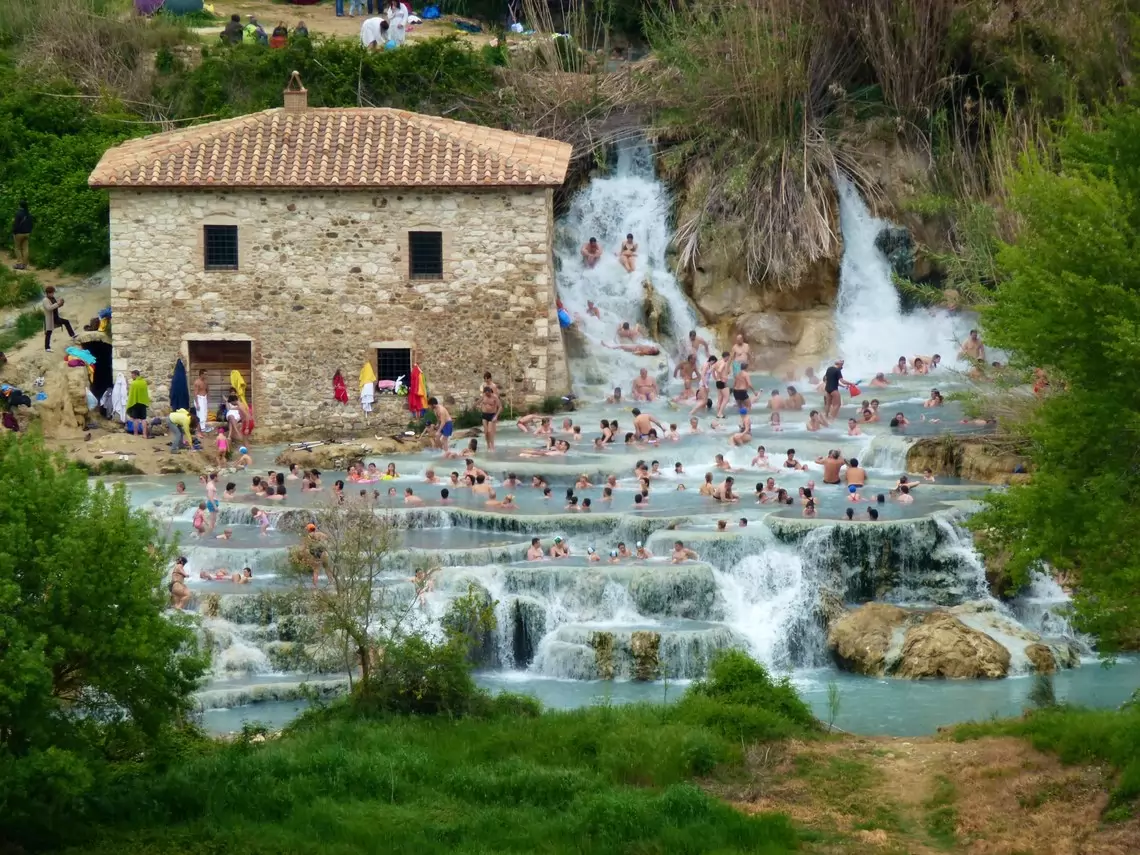 Saturnia is a fraction of the municipality of Manciano, in the hilly hinterland of the Grosseto Maremma.
Saturnia stands on a plateau of travertine at an altitude of 294 meters, on the left of the Albegna river. It is about 56 kilometers from Grosseto and 14 kilometers from the municipal capital.

Frequencies in the territory of Saturnia are documented up to the Bronze Age, with the subsequent birth and development of Etruscan settlements, as evidenced by the remains of various necropolises dating back to the eighth century BC.

In the hamlet there is, at the school in via Italia, the archaeological museum of Saturnia which houses the archaeological finds from the Etruscan and Roman ages belonging to the Ciacci collection. The museum is included in the provincial museum network Musei di Maremma.

In the hamlet there is also a library point, located in the building of the old public wash houses of 1913. The small library of Saturnia has a book heritage of about 2 500 volumes.